When Zen Flesh, Zen Bones was published in 1957 it became an instant sensation with an entire generation of readers who were just beginning to experiment with Zen. Over the years it has inspired leading American Zen teachers, students, and practitioners. Its popularity is as strong today as ever.

Zen Flesh, Zen Bones is a book that offers a collection of accessible, primary Zen sources so that readers can struggle over the meaning of Zen for themselves. It includes 101 Zen Stories, a collection of tales that recount actual experiences of Chinese and Japanese Zen teachers over a period of more than five centuries; The Gateless Gate, the famous thirteenth century collection of Zen koans; Ten Bulls, a twelfth century commentary on the stages of awareness leading to enlightenment; and Centering, a 4,000 year-old teaching from India that some consider to be the roots of Zen.

The World’s Religions, by beloved author and pioneering professor Huston Smith (Tales of Wonder), is the definitive classic for introducing the essential elements and teachings of the world's predominant faiths, including Hinduism, Buddhism, Confucianism, Taoism, Judaism, Christianity, Islam, as well as regional native traditions.

This revised and updated edition provides sympathetic descriptions of the various traditions, explaining how they work “from the inside,” which is a big reason why this cherished classic has sold more than two million copies since it first appeared in 1958. 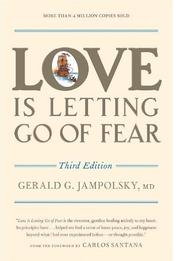 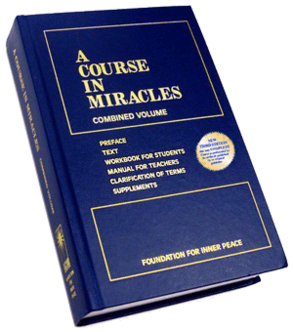 After more than thirty years, Love Is Letting of Fear continues to be among the most widely read and best-loved classics on personal transformation. Both helpful and hopeful, this little gem of a guide offers twelve lessons to help us let go of the past and stay focused on the present as we step confidently toward the future.

Renowned all over the world as the founder of Attitudinal Healing, Dr. Gerald Jampolsky reminds us that the impediments to the life we long for are nothing more than the limitations imposed on us by our own minds. Revealing our true selves, the essence of which is love, is ultimately a matter of releasing those limited--and limiting--thoughts and setting our minds free.

Love Is Letting of Fear has guided millions of readers along the path of self-healing with its deeply powerful yet profoundly humble message. Embrace it with an open mind and a willing heart and let it guide you to a life in which negativity, doubt, and fear are replaced with optimism, joy, and love. 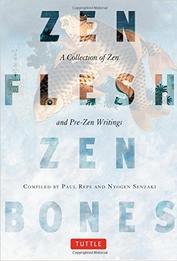 A Course in Miracles is a complete self-study spiritual thought system. As a three-volume curriculum consisting of a Text, Workbook for Students, and Manual for Teachers, it teaches that the way to universal love and peace—or remembering God—is by undoing guilt through forgiving others. The Course thus focuses on the healing of relationships and making them holy. A Course in Miracles also emphasizes that it is but one version of the universal curriculum, of which there are "many thousands." Consequently, even though the language of the Course is that of traditional Christianity, it expresses a non-sectarian, non-denominational spirituality. A Course in Miracles, therefore, is a universal spiritual teaching, not a religion.

The summary introduction, which appears in its Text, is quite succinct and brief.  It reads:

"This is a course in miracles. It is a required course. Only the time you take it is voluntary. Free will does not mean that you can establish the curriculum. It means only that you can elect what you want to take at a given time. The course does not aim at teaching the meaning of love, for that is beyond what can be taught. It does aim, however, at removing the blocks to the awareness of love's presence, which is your natural inheritance. The opposite of love is fear, but what is all-encompassing can have no opposite."

This Course can therefore be summed up very simply in this way:

"Nothing real can be threatened. Nothing unreal exists.
Herein lies the peace of God."